Netflix series are becoming more inclusive in their characters and show us that “love is love.” Before, it was very rare for a production to portray a member of the LGBT + community without resorting to burlesque stereotypes; however, now the scriptwriters are in charge of showing how diverse the collective is.

These 10 Netflix couples fell in love with us with the affection they professed, the battles they had to fight to be together, and the great complicity they have with each other (although some have already separated). 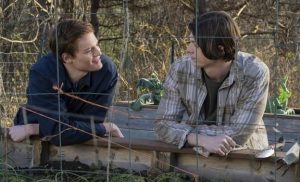 Sadly, The Society was canceled by Netflix, leaving many mysteries and plots unfinished.

One of them was the beautiful relationship that was emerging between Grizz, a football player, and Sam, a boy who became deaf as a result of an illness.

Grizz had not made his sexuality public and only hoped to get out of high school so he could live fully, away from the reactions of his classmates.

However, they are trapped in another world before that happens, and the player takes advantage of that time to get closer to Sam, the openly gay boy in his class (and with whom he has probably always had a crush). 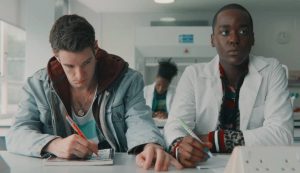 A highly unexpected couple was that of Eric and Adam, since the latter had an extremely toxic masculinity and the school bully who would attack Eric at any opportunity.

Otis’s friend decided to confront him, and in one of their fights, they ended up kissing, awakening mutual feelings. Since then, the discreet flirtations have not stopped, which ended with Adam assuming his sexual orientation and his love in front of the entire school. 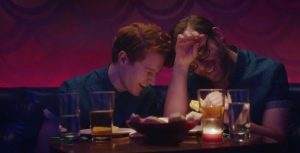 The beginning of the relationship between Pete and Josh is not very romantic, since the latter acted like a jerk on the first date; after receiving a severe complaint, he became one of the most beautiful couples in the series. Until Josh tries to come out with his dad, and nothing happens the way they expected!

Another couple who played for too many episodes with the public was Casey and Izzie, because, at the beginning, they were portrayed as mortal enemies.

In addition, the character played by Brigette Lundy Paine had a boyfriend and, for the first time, experimented with her sexuality by having feelings for another woman.

One of the most anticipated moments by Atypical fans was when Cassey finally accepted her sexuality and finally kissed Izzie without the guilt of hiding her feelings. 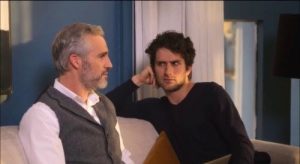 The house of flowers became one of the favorite series of the LGBT + community and its allies, because it addresses issues such as bisexuality, transsexuality, and homophobia.

Their impact was so great that the cast paraded in the Pride march in Mexico City.

Of all the couples in the series, one of the most real and emblematic was that of Julián and Diego, since it represents the struggle of several men to accept their sexuality in a personal and public way, but they do not stop loving unconditionally. 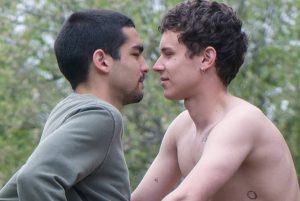 Elite is another youth drama that is not afraid to speak openly about the LGBT + community, so there is more than one character that belongs to the collective in its cast.

In the first seasons, one of the most beautiful couples was Ander and Omar, who managed to solve any obstacle that they crossed.

For this last season, their relationship gave a lot to talk about; However, in the end, they showed that love and the desire to get back together are still present. 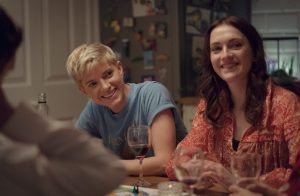 A comedian meets a repressed middle-class woman, with whom she gets on perfectly. Although their relationship seems perfect, she has a problem: she feels frustrated at not fully living her love because no one knows her sexual orientation.

Mae and George make an incredible couple, and in each chapter, their experiences reflect real problems that some members of the LGBT + community experience to ‘ come out of the closet. ‘ 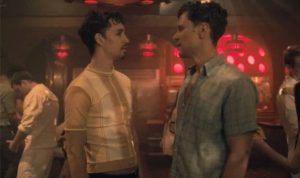 Klaus is one of the funniest members of the superhero group. His androgynous aesthetic and easy-going attitude made him a public and community favorite.

On one of his adventures, he met Dave, a young soldier he fell in love with while serving in Vietnam … until a bullet killed the love of his life.

His story was extremely sad. Although he met him again in the second season, nothing was the same, since Dave was much younger and did not know Klaus, so he thought it was all a sham. 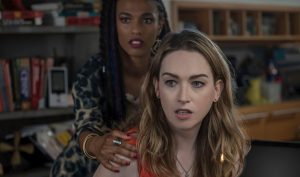 Sense 8 is another series that shows various nuances in its LGBT + characters, so more than one couple stole the hearts of their viewers.

Nomi and Amanita were one of them, because they not only faced homophobia, but also racism because they were people of different ethnicities. A very interesting representation, since there are women in multicultural countries who experience both problems and are not usually portrayed in series or movies. 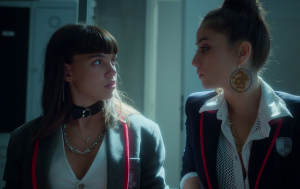 The fourth season of Elite surprised its fans with new characters and, with it, new relationships.

Rebeka and Mencia make up Netflix’s new sensation couple, as their love and complicity quickly attracted the attention of fans, especially because Rbk deserved someone who really loved her after Samo’s hit last season.