Raising a child alone is a difficult task, but not impossible. The fatherly side of men is often underestimated, but these celebrities removed the prejudices about single dads and ventured to raise their offspring without extra help. 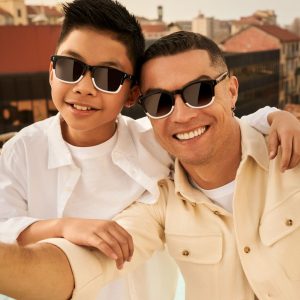 A very famous single dad is Cristiano Ronaldo. His first-born son was born during the World Cup in South Africa.

At that time, the soccer player kept the mother’s identity a secret and took full custody of his baby, whom he baptized with the same name as him.

Later, after 7 years of being a single father, Messi’s nemesis decided to increase his family with twins Eva and Mateo, who were born through an artificial insemination process.

Currently, Cristiano formed a couple with Georgina Rodríguez, and together, they have raised the footballer’s children and conceived Alana Martina. 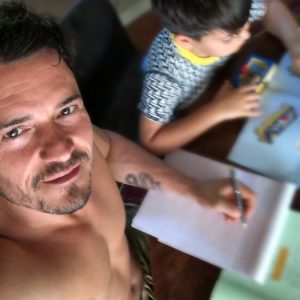 Before Orlando Bloom was related to Katy Perry and they formed a beautiful family with their baby Daily, the actor was married to the model Miranda Kerr.

As a result of that marriage, Flynn was born, and after the separation, Bloom did not lose contact with her baby. On the contrary, the protagonist of Pirates of the Caribbean asked for joint custody of his son.

Flynn has even lived alongside her dad and Katy, which helped the singer prepare for her maternity debut.

“We have to be at the door [of the house] at seven-thirty, to be there [at school] at eight-fifteen. We can’t be late… I didn’t get up until after eleven in the morning, now I’m in bed like a normal person at ten at night. I think this is growing up, “said Katy Perry on The Ellen Show. 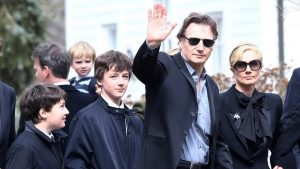 The protagonist of Schindler’s List met the love of his life, Natasha Richardson, during the movie Nell’s movie in 1994.

After their wedding, the couple welcomed their two children: Michael and Daniel. However, in March 2009, Natasha died.

The actress had a serious accident in a ski resort in Canada, so Liam Neeson took care of only her little ones after her death. 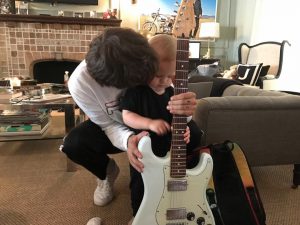 When Freddie Reign was born, Louis Tomlinson was really happy and excited, despite rumors that the baby was not his.

Although the coexistence with his ex-partner was friendly at first, they soon reached the courts, because the singer was annoyed that his son’s mother exposed him publicly on social networks.

In addition, he almost did not let him see Freddie and demanded exorbitant amounts of money. Finally, they reached an agreement: joint custody. 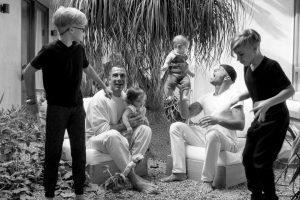 Ricky Martin’s paternity was a media bomb in its time, as surrogacy was not as common as it is today.

In 2008 the singer debuted as the father of twins Valentino and Mateo, at that time, he was single and was the first Latin superstar to come out of the closet.

After 8 years single and raising their children, Ricky Martin gave himself a chance in love with Jwan Yosef.

Together with the artist of Syrian origin, he completed his beautiful family; they even realized that fatherhood suited them very well, and they decided to have 2 more children: Lucia and Renn.