Home » 7 things that always happen in Marvel movies: a joke in the middle of a tense scene
Previous Next

7 things that always happen in Marvel movies: a joke in the middle of a tense scene

The films of the Marvel Cinematic Universe (MCU) are extremely successful products at the box office, but it is no secret that they have a formula for telling the stories that are repeated in their productions.

Although the films may have different concepts, as Black Panther is not the same as Thor, they all have elements in common derived from the formula that has already become evident.

The joke in a moment of tension 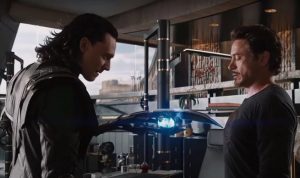 Comedy became a hallmark of the MCU to lighten superhero stories, but the Marvel writers made a trope of their own.

In the middle of the movie or during a major battle, the tension is often broken with an unexpected joke.

Loki’s stumbles to control Iron Man in Avengers, the joke between Okoye and Black Widow after almost being defeated, or the Hulk hitting Thor in a comical way are some examples of this. 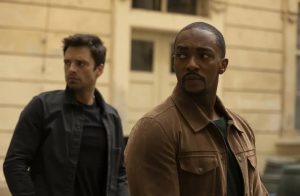 Sidekicks, or companions of heroes, have been around since the original comic book stories; However, the MCU added friendly and emotional ties between the characters to give them more importance.

Bucky and Steve, later Bucky and Sam, Rhodey and Tony Stark, Doctor Strange and Wong, Peter Parker and Ned, Scott Lang and Luis are the clearest cases, and there is even a discussion among fans for which friendship is the best.

The twist that puts the hero in conflict

Superhero stories are not that complicated: the main character must defend the world from a villain who wants to destroy it. That’s why movies should have a twist that takes audiences and protagonists by surprise.

In Spider-Man: Homecoming, Peter discovers that his love interest is the villain’s daughter or, in Black Panther, it is revealed that Erik Killmonger destroyed the plants that empowered the Wakandes.

The moral dilemma of the characters 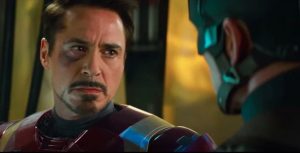 In addition to the plot twist, the characters are subject to decisions that can change their course or that of the story, but that, in some way, will make them evolve.

Generally, it is about saving hundreds of lives by sacrificing your own, telling or keeping a secret, or actively participating in the action.

For example, the Guardians of the Galaxy stopped being mercenaries to save the world. On the other hand, Peter Quill ruined a mission in Infinity War by trying to get revenge on Thanos.

Captain America also has his example hiding the truth about his parents from Tony Star or Iron Man wanting to get away from superheroes and their conflicts in Endgame. 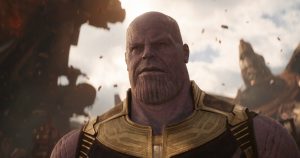 Every villain in the MCU has a motivation that made them turn into evil characters, and the movies have a scene dedicated to explaining their past.

In this way, the story tries to generate empathy with the antagonist to give emotional weight to the battles.

The entry or return of the hero

Heroes sometimes give up, disappear, or even think they are dead, but they appear in the middle of a serious situation to confront the villain at the least expected moment.

The scene is always accompanied by incidental music that makes the character look like a true brave hero.

The moment can be identified with Thor in Infinity War, Red Vision defending Wanda against White Vision, Captain Marvel in Endgame, or Iron Man helping Spider-Man.

The battle of insults

In the first Iron Man movie, Tony Stark and Pepper Potts had a discussion of sarcastic comments to hide their feelings of love, and the MCU has used it in their stories ever since.

Thor and Loki constantly fight to be brothers, as do the Guardians of the Galaxy and, in Infinity War, Star Lord, and Iron Man exchanged insults to demonstrate their leadership.