Home » A trip to Istanbul
Previous Next

A visit to the former capital of Turkey is definitely worth it. The globally unique transit location between two continents and between the Mediterranean and the Black Sea makes the city one of the most important national and international hubs. Thanks to the eventful almost 2700-year history with Roman, Byzantine, and Ottoman rulers, you can stroll through one of the most diverse historic old towns in Istanbul, which is a UNESCO World Heritage Site. 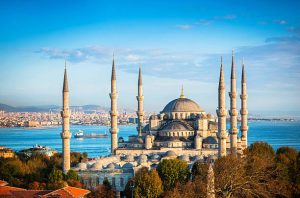 Of course, countless world-famous sights such as the Blue Mosque, which can accommodate up to 10,000 people, right next to it is the famous Hagia Sophia Cathedral, which has been a museum for decades. Also, the Topkapi and Dolmabahce palaces, where Ottoman sultans once resided with their families and their harem. The Grand Bazaar is also high on the list of many visitors, with around 4,000 shops. There you can find absolutely everything from antiques to books, dishes, handbags, clothing, jewelry, and carpets. Perhaps you even have the movie scene from “Skyfall” in mind, in which Daniel Craig as James Bond chases through the seemingly endless corridors of the market on a motorcycle? Another Eldorado for shopping fans is the Egyptian Bazaar.

In the footsteps of the locals 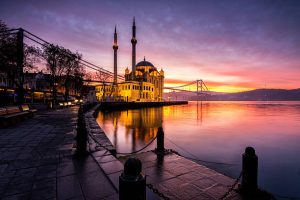 Every year around ten million tourists from all over the world travel to the former Constantinople. The question quickly arises as to whether the city is not a single crowd that gushes out of buses and trams and waits in seemingly endless lines for entry into one of the many attractions. No, fortunately this is only the case in a few places. Istanbul has unexpectedly many facets and areas that are worth discovering. The best thing to do is to follow the locals’ heels and turn into one of the inconspicuous, winding streets. Just a few meters away from the hustle and bustle, you can discover the weekly street bazaars, where the locals buy their groceries, and get one or another nice souvenir.

A stroll through the Jewish district of Balat is particularly recommended. Located on the Golden Horn, you can lose yourself for hours in a maze of beautiful alleys that lead past colorful houses, nice cafes, Greek and Armenian churches, and synagogues. Everywhere you look, you can see the everyday life of the locals: older women knitting sit in front of the doors, clotheslines are stretched between the houses, some of which are in danger of collapsing. Cats loll lazily in the sun, there are hardly any cars on the road, and on the streets, children emulate their idols from the Süper Lig, in which three Istanbul football clubs are represented. 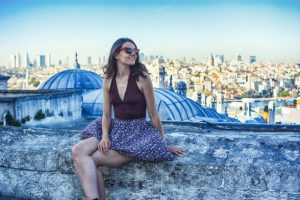 A trip to the Asian side of the city also turns out to be unexpectedly authentic. You will only meet a few tourists by taking the Galata Bridge’s public ferry for around one euro. The Kadiköy district , with its many bars and clubs, is considered the younger and more hip version of Beyoglu on the European side. If you set off without a big plan, you are guaranteed to discover many small boutiques, cafés, and restaurants, which students and immigrants mainly attend. As in Balat, almost nobody speaks English and you have to use hands, feet and, in case of doubt, mobile phone photos. Hospitality is a top priority, and the lahmacun or the grilled fish sandwich taste twice as good.

The Asian quarter of Üsküdar is hardly visited on the typical sightseeing tour. On the stairs around Maiden’s Tower, the oldest castle in the city, the cafes lay out tons of pillows and carpets, so that here you can have the most comfortable tea or coffee with one of the most beautiful views (photo hotspot !!) of the sea of ​​houses the European side there. 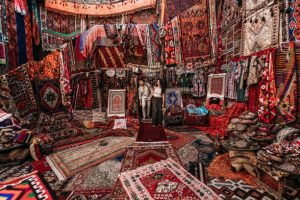 Back in Europe, the historic red tram that adorns some postcards probably doesn’t surprise many people. It has been a landmark for years and twitches in the Beyoglu district over a length of 1.4 kilometers through the Istiklal Caddesi shopping street to Taksim Square. The pedestrian zone and evening party mile are among the most famous places in the city. But even here, it is worth turning. In the small side streets, there are eccentric boutiques and an exciting mix of traditional and modern architecture. At the southern end of the Galata Tower, you can also discover countless street art works of art. The Cihangir district is also cosmopolitan and multicultural, south of Taksim Square. Wilhelminian style houses, galleries, tea gardens, small bistros, and junk shops on every corner make it the favorite place of the many expats, artists, writers, and intellectuals who live here.