Home » Batman came out in ‘Army of the Dead’: 6 hidden Zack Snyder references you didn’t notice
Previous Next

Batman came out in ‘Army of the Dead’: 6 hidden Zack Snyder references you didn’t notice

Army of the Dead is Netflix’s new zombie movie, but it is also the first film released by Zack Snyder after his final departure from the DCEU.

The successful director unleashes his curious imagination with an undead movie like no other, something that the genre greatly appreciates.

After the zombie apocalypse, the world is relatively calm, and Scott, played by Dave Bautista, is hired to form a team with which to enter Las Vegas and steal a multimillionaire treasure.

Unsurprisingly, the robbery doesn’t go well at all, which kicks off the riotous action and zombie carnage, in the style that only Snyder can give you.

As is often the case, in Army of the Dead, Zack Snyder took the liberty of including subtle (sometimes not so much) Easter eggs from his most famous films, as a gift to all his fans.

Next, we show you the most important Army of the Dead Easter eggs, some of them you may not have realized. 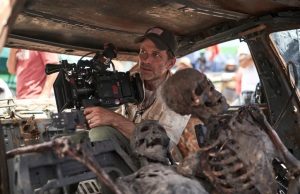 Snyder himself confirmed that in one shot, his reflection can be seen with a handheld camera. The director refused to specify where in the film, but several options circulated on the Internet, so perhaps that small error occurred on more than one occasion. 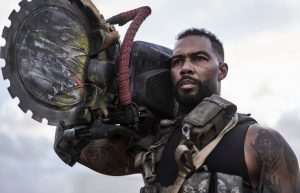 A guy with a huge chainsaw comes in handy in every zombie apocalypse, and Van Der Rohe has that role in Army of the Dead.

During a scene in the desert, Vanderohe briefly wears an Omega symbol on her left chest.

DC fans surely understood the reference instantly, as this symbol is characteristic of Darkseid, the Justice League villain. 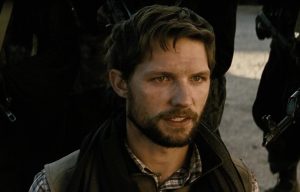 One of the military who accompanied Zeus before his escape is played by Michael Cassidy, who appeared briefly in Batman V Superman , as Jimmy Olsen, the great friend of Clark Kent. 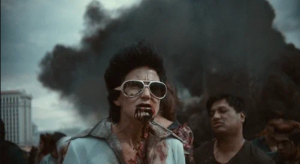 He may not be as well known in Latin America, but Richard Cheese is a musician and comedian appreciated in Hollywood, thanks to his more than alternative versions of ‘Chop Suey’ by System of a Down, ‘Welcome to the Jungle by Guns N ‘Roses and, as we saw in the trailer, ‘Viva Las Vegas by Elvis Presley.

Interestingly, we see this comedian as a zombie in one of the flashbacks. 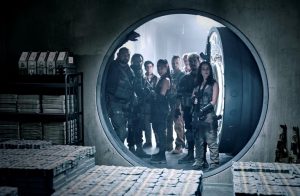 The filming of Army of the Dead took place at the climax of Snyder’s campaign for his version of the Justice League to see the light of day.

At the time, it was not known if Snyder’s Justice League was going to be released or not, so the director decided to include it in a small easter egg.

When the team opens the vault, the Snyder Cut movies can be viewed from the right side, but moments later, only the money is visible. 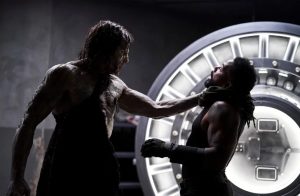 When Zeus gathers his troops, he dons a strange dark cape with red accents, which is a clear reference to Batman and Superman, two key characters from his time in the DCEU.

The red trims on the cape are a tribute to Superman, while the hood is a primitive version of Batman’s mask.