Home » Catherine Zeta-Jones’ children inherited her beauty and talent. They have everything to succeed!
Previous Next

Catherine Zeta-Jones’ children inherited her beauty and talent. They have everything to succeed!

Catherine Zeta-Jones found the love of her life in actor Michael Douglas, who is 25 years her senior.

They married in 2000 and subsequently welcomed their two beautiful children: Carys and Dylan Douglas Jones.

Despite being an envious family, the couple had to go through several critical moments in their relationship.

They met at the Deauville Film Festival in 1996. Michael Douglas fell madly in love with Catherine, although at that time he was an established star and she was a newcomer many years younger. 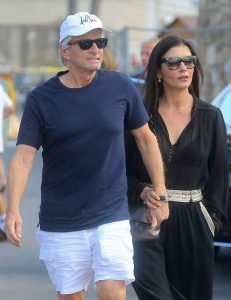 Later, in 2009, Michael dealt with throat cancer and managed to overcome it after treatment with radiation and chemotherapy.

A couple of years later, Catherine had to be admitted to a mental health facility to treat her bipolar disorder.

Faced with such challenges, the couple was about to separate; however, a reconciliation brought them back together more strongly than before.

Currently, they enjoy their days together and their beautiful children, who inherited their great talent and beauty. 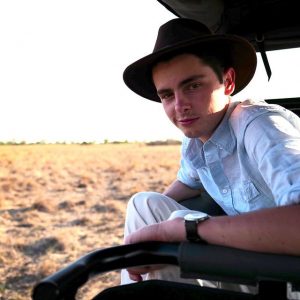 Dylan suffers from dyslexia, which is why he attended a special school for students with language-based learning disabilities.

It should be noted that dyslexia does not go away, but specialized education can help people with this condition to read and write fluently.

After graduating from specialized school, Dylan enrolled at the prestigious Brown University.

At the same time, the May son of the Douglas Jones family is co-founder and director of the Make a room association, which seeks to give a chance to progressive candidates in the United States who do not have the support they deserve.

Although Douglas is very dedicated in his projects, he does not abandon the rebellious side of his youth, so he decided to parachute at the age of 19, but without consulting his famous mother! Probably because he knew he would not give her permission to do so.

However, it was easy for him to record it and share it on his social networks, which Catherine Zeta-Jones reviews, so he ended up finding out.

“Don’t tell my mother,” the young man wrote in the publication. In response, the actress commented, “Mom just found out,” followed by crying emojis.

Additionally, Dylan Douglas has proven to have skills on stage. He is very good at singing, and the feeling that he gives when singing denotes a great capacity for interpretation, just like his parents! 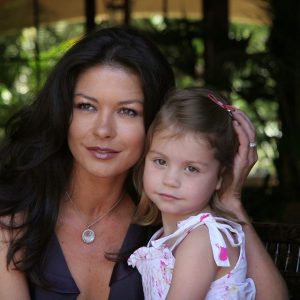 Carys Douglas came to complete the Douglas-Jones family on April 20, 2003. Since she was little, it was clear that she inherited all the beauty from her famous mommy.

They even share a sense of humor, because through a curious publication, Catherine Zeta-Jones cannot decide which is better: to be a mother or to win an Oscar.

Currently, the girl is 18 years old and, according to the actress, one of her first career options is acting.

For her parents, such a choice was terrifying, because the pressure would fall on their daughter’s shoulders to live up to the legacy of the Douglas family.

However, Carys has yet to use the influence of her parents like other celebrity children do.

The girl prefers to prepare through theater summer camps, attended by all the children who perform on Broadway.

In addition to acting, Carys loves fashion, as she relies on her gorgeous mom’s wardrobe.

Both mother and daughter are often invited to pose for prestigious designer brands, as was the case with Fendi in 2020 with the Me and my Peekaboo campaign.

The girl studied high school at a boarding school in Switzerland, where she learned to act, sing and play the piano.

At first, she hated being in the center of attention for being the daughter of famous parents, however, over time, she adapted and no longer took importance to that aspect.