Home » Does Carla return to ‘Elite’? The last goodbye of the characters you thought you were not going to see again
Previous Next

Does Carla return to ‘Elite’? The last goodbye of the characters you thought you were not going to see again

The fourth season of Elite will arrive on Netflix on June 18, 2021. Without a doubt, the premiere of this fourth part excites us a lot and more because we will meet new students who join the drama.

However, the emotion was combined with a bittersweet drink due to the absence of several characters that we still wanted to continue seeing on screen, such as Lu and Mina, who embarked on a new adventure in New York, or Carla, who decided to go abroad to study. 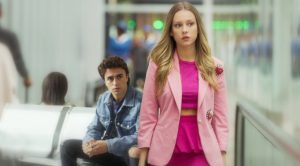 It will certainly be strange to see Elite without these girls who have earned a place in the hearts of many fans. However, we still do not have to say goodbye to them completely.

Before the premiere of the fourth season, we will have the opportunity to say the last goodbye to almost all the characters that we thought we were not going to see again with a special production called Elite: Short stories. 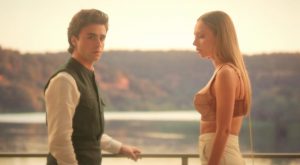 Four days before the premiere of Elite season 4, we will have a taste of the things that the boys of Las Encinas did during the summer before starting their new school year, and that also includes the experiences that Samu and Guzmán lived with their respective loves before saying goodbye.

Elite: Short stories opens on June 14, 2021, with the first story focused on Guzmán, Cayetana, and Rebeca, three characters that we will continue to see in the fourth part of the series. The trio will have an intense experience under the influence of hallucinogenic mushrooms. 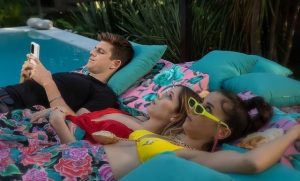 On June 15, we will witness a romantic love story between Guzmán and Nadia, who is enjoying her time in New York. Judging by the little teaser, Guzmán crossed the Atlantic to be with Nadia.

However, what surprised many fans is the absence of Nadia’s accomplice in this adventure in the USA: Lucrecia, who Danna Paola played. 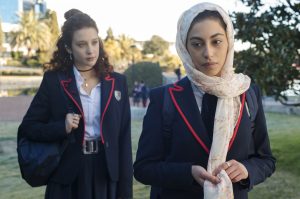 On June 16, Ander, Omar, and Alexis will star in the third story, where we will have a closer look at how complex it is to cope with cancer.

Finally, on June 17, the iconic Marquesa, aka Carla, returns in an intense story of love and passion with Samuel. Apparently, Samu ran to the airport to prevent his crush from leaving Spain.

Deep down we know that Samu did not convince her, since Carla does not appear in the official trailer of the fourth season. However, it will be nice to see how they decide to say goodbye before starting their lives apart.

The four stories will be the perfect snack to soak up the action, drama, and emotions that characterize the Spanish production that will not only premiere its fourth season on June 18 but has already confirmed a fifth that will most likely arrive on Netflix in 2022.