Television, smartphone, or game console – children are spending more and more time in front of a display. According to a recent study, many children look at a screen much longer than recommended for them – under 2-year-olds even now twice as much as 20 years ago.

Parents wonder: can too much screen time affect my child’s development? What happens in the brain when the offspring sits too long and too often in front of the computer, television, and the like? And are there also positive aspects? The answers to these questions can be found in the following lines. 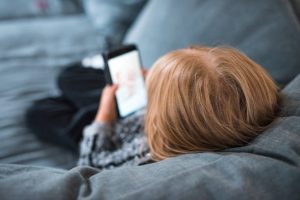 “You get square eyes!” Many people remember this sentence from their mother’s or father’s mouth from their childhood. It was known years ago that spending too much time with children in front of the screen could not be good. Now a recent study from the USA shows what goes on in the brain.

Scientists from the “Cincinnati Children’s Hospital Medical Center” examined 47 children between the ages of three and five years. In the first step, their screen time was determined, in the second step, their brains were scanned. The researchers found changes in children who spent more than the recommended time in front of the screen. With them, the so-called “white matter” was less developed. Behind this is myelin, which forms a layer of fat in the axons of the nerve cells and accelerates the transfer of information in the brain.

The change affected all areas in the brain, but increasingly regions that promote the development of language. The children affected also did worse in the subsequent language test – especially in terms of expression and due to slower naming of objects. The scientists conclude that too much time in front of the screen can inhibit language development. But also the visual and cognitive abilities, mental control, and self-determination are connected with it. 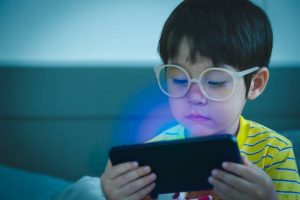 But not only language development could be inhibited by too much media consumption, as further studies show. Experts argue, for example, that it would also reduce the time spent playing real, physically stressed games. This is important for the development of gross motor skills and social skills.

A further study from Canada found a link between screen time and shorter attention span out. Children who spend more than two hours a day in front of the screen lose mental movement. The researchers asked more than 4,500 children between the ages of eight and eleven and their families about their lifestyles. They were then given tests in language, responsiveness, memory, and concentration. The result: cognitive development is impaired after just two hours of screen time.

Other experts also point to the addictive potential of digital media. The shrinking of the working memory or the poor ability to sleep can also be the consequences of too much screen time: The longer blue light, especially in the evening, can cause this.

There are benefits of screen time for kids too 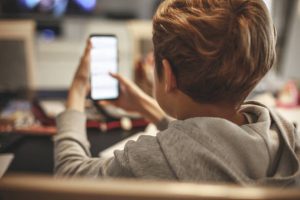 But here, too, the coin has two sides. Some studies also gave contradicting results. A highly regarded study was able to show that playing “Super Mario 64” regularly can also increase the volume of areas of the brain that are associated with spatial coordination. A number of studies show that playing regular action games can also improve attention guidance. 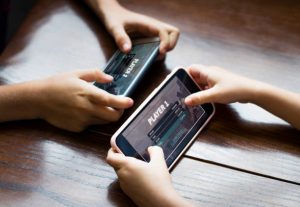 How many hours are right and good for the youngsters now? There are no general blanket answers here. A study from Frankfurt shows that a square function is needed to best illustrate the connection between screen or digital time and mental well-being: Positive effects are therefore possible with media use of one to three hours a day, after which a “turning point” could be entered.

Parents should insist on the number of minutes and pay attention to the quality of the content. The younger the child, the more important the educational value. Looking together also plays an essential role here in order to be able to explain what is seen. Screen-free zones within the house and animation for other activities also help.