Home » Matthew McConaughey turned down a $ 14.5 million role for a tough reason
Previous Next

Matthew McConaughey turned down a $ 14.5 million role for a tough reason

Today, Matthew McConaughey is one of the most recognized and respected actors in Hollywood. In the past eight years, Matthew consolidated his career with a critically acclaimed audience and critical performances in productions such as Interstellar, The Wolf of Wall Street, True Detective and Dallas Buyers Club, which earned him the Best Actor Oscar for his portrayal of Ron Woodroof.

However, before enjoying this success and recognition, Matthew McConaughey was about to abandon his acting career, because he rejected a millionaire role that cost him the oblivion of Hollywood for more than a year. 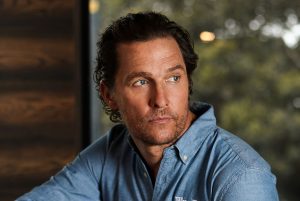 In the 2000s, McConaughey was crowned the ideal actor in romantic comedies. How to lose a man in 10 days (2003), Failure to Launch (2006), Love and treasure (2008), Ghosts of Girlfriends Past (2009) allowed him to enjoy great success, many thousands of dollars and constant proposals for participate in romantic comedies.

However, the actor no longer felt that acting in these types of productions was really a challenge for him. He came to a point where he felt a great need to face a character who really challenged him, as he explained in an interview with Tim McGraw on the show Beyond the Influence Radio.

I want to be afraid. I want to see something and say, ‘Oh, I don’t know what I’m going to do with it.’ 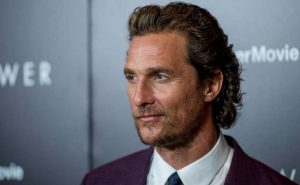 During that period of searching for a more challenging project, Matthew, already famous for his rom-coms, received a job offer that offered him $ 8 million. However, it was not the role McConaughey was looking for, and he turned it down.

The production was convinced to have Matthew and began to bid with more attractive salaries that the actor rejected until they reached the maximum of 14.5 million dollars.

When they offered this amount, McConaughey asked to read the script again, which was already better written but still did not convince him and said no.

His refusal carried over to this project, and he reached Hollywood in general, to such an extent that Matthew did not receive any job offers for more than a year.

Everything stopped. Nothing came. For another 14 to 15 months, nothing came. 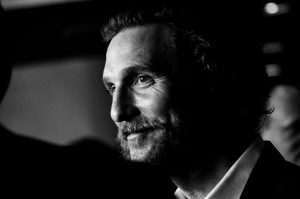 During this time, he even considered abandoning his acting career and dedicating himself to something totally alien such as being a conductor or a soccer coach.

Fortunately, before he left Hollywood, the offers began to arrive and best of all, they were for projects that allowed him to consolidate as the actor he is recognized today. His period of labour drought earned him the reset he needed to be considered in the projects with which he had long dreamed of being.

“Because I found anonymity in those two years, I stopped being typecast, and no one knew where I was. When they weren’t around, they’d say, ‘Do you know who a brilliant new idea is? McConaughey’. Later, when they looked for me, I accepted. ”

Today, Matthew McConaughey is not only an Oscar, Golden Globe, and SAG Award-winning actor, but is also a producer, author of a bestselling book, Greenlights; professor at the University of Texas at Austin, his alma mater, youtuber, and even minority owner of the Austin FC soccer team.

All of this has allowed him to have a net worth of around $ 140 million. In addition to these professional achievements, Matthew enjoys life in the company of his wife Camila Alves and their three children.