Home » Meet the 6 variants of Loki in the MCU: we tell you their differences and origin story
Previous Next

Meet the 6 variants of Loki in the MCU: we tell you their differences and origin story

The second episode of Loki had a short scene showing the different versions of the God of Mischief that TVA has captured.

The sequence served to show that the threat they face is more dangerous than any variant they had ever pursued before and was also a comedic moment on the show.

However, the Marvel Cinematic Universe (MCU) canon other versions of the villain that could appear later in the series or in the movies.

This also explains why Owen Wilson’s character Mobius knows Loki so well and at the same time confirms the existence of a multiverse with various timelines. 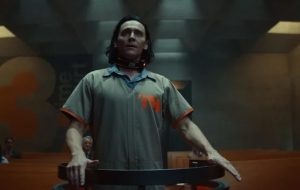 This is the version of Loki that stars in the series, which was created during the events of Endgame and which was captured by the TVA after fleeing with the Tesseract.

Loki L1130 has yet to experience the death of Frigga, Odin, or the destruction of Asgard. Obviously, he has not met the final destination that awaits him with Thanos, but he became the new main Loki of the MCU. 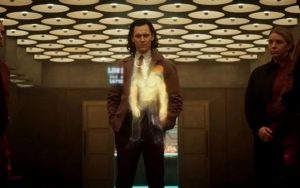 The TVA showed a version of Loki giant, strong and green in colour, reminiscent of the Hulk’s appearance. This variant has horns that protrude directly from its head, rather than wearing them as a helmet.

The outfit is also Hulk-like, just in ripped pants and no shirt, like he’s just gone through a gamma-ray transformation, just like Bruce Banner. 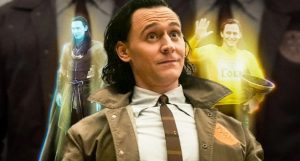 Loki Vikingo is a version that does exist in the comics, as it was created in a story told by the villain in Mighty Thor and even appeared on a cover of the series of stories with the same outfit from the show.

In that story, a Viking warrior asks the God of Mischief for help in defeating Thor. Loki, willing to sabotage his brother, tells the fighter to drink the blood of a dragon to become a monster. 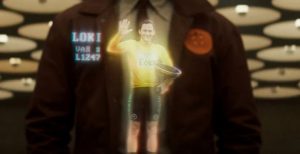 A variant of Loki perhaps does not want to be king of the universe, but he still wants to be recognized: a winning cyclist of the Tour de France, the most important cycling competition in the world.

In 2018, the race cup was stolen from champion Geraint Thomas, they never found the person responsible and had to give him a replacement. It is possible that this version of Loki is a nod to that event, and it was he who stole the trophy to show it off on his planet. 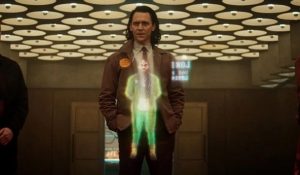 The story of the Asgardians is inspired by Norse mythology; however, the TVA showed a variant that resembles a tale from Greek mythology.

The Trickster Loki variant is in the form of the trickster Hermes ‘son, Pan, god of nature, presented as a being with goats’ feet and uncontrollable lust. It is not confirmed that it is a Greek god, but Loki may have stolen its form by adapting it to a modern version. 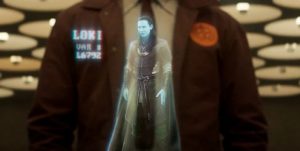 Loki is not the son of Odin, but of Laufey, king of the Frost Giants; However, in his history, the villain has always been smaller than the members of his race and therefore fits better with the Asgardians.

In the second episode, Mobius calls Loki an ice dwarf; however, the TVA agent showed that he has already faced a variant of Loki that does have the full nature of an Ice Giant. 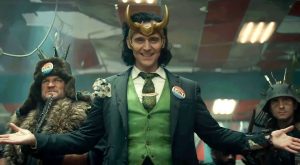 This variant of Loki has not yet appeared in the series, but it has appeared in the previews of it, and it is about the villain using a ‘Vote for Loki’ button, as he is running for president of some country.

This story is an adaptation of the 2016 comic Vote Loki, in which the God of Mischief begins a political career arguing that they are all liars and cheats. The version does not have an official number on the show yet, so it could be Loki L1130 after fleeing from TVA.

At the end of the second episode, it was revealed that the dangerous variant hunted by TVA is a female version of Loki played by Sophia di Martino.

It is possible that the comics directly inspired this character, but an easter egg in the episode credits revealed that her real name is not Lady Loki, but Sylvie Laufeydottir.