It is the ultimate dream destination for millions of people: the Thai island of Phuket with its mix of beaches, temples, and accommodation options. The wonderful nature and the various leisure activities as well as the warm temperatures, make Phuket an absolute favorite in the holiday area. 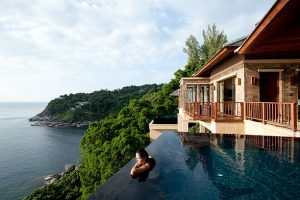 Phuket in the west of Thailand is one of the most popular holiday destinations worldwide. On vacation in Asia, the largest of Thailand’s beautiful islands is often the first destination and can even come up with its own airport. At around 50 kilometers long and 22 kilometers wide, Phuket is not too opulent. Only a small waterway separates the region from the mainland, so crossings are quick.

The island is a real dream setting for a honeymoon or for a relaxing holiday far away from the hustle and bustle. In addition, it offers a sophisticated mix of the hustle and bustle of the party and pure relaxation. Turn night into day in Phuket and party in Patong or, as a contrast to the party world, let your soul dangle – for example in the warm sea!

The Thai culture is not neglected with numerous temples and huge Buddha statues. Like the old town of the main town Phuket Town, places worth seeing let you immerse yourself in foreign cultures. You can round off this experience by enjoying regional dishes, for example in the famous cookshops. In addition, there are international restaurants that practically put the world at your feet in Phuket.

Phuket vacation – yes or no? 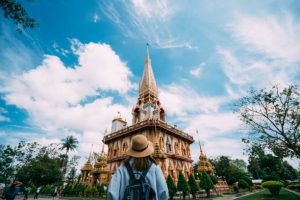 For “Thailand beginners,” Phuket is ideal because of the wide range of leisure activities and the western-style vacation spots. In addition, there are the traditional fishing villages and uniquely beautiful sights that give you a first impression of Asian culture and the Buddhist religion. Don’t worry: In this “dose,” there is certainly no culture shock to fear on vacation!

In general, you can experience almost any form of vacation on Phuket: The wild inland is a Mecca for nature vacationers, while the white beaches are a favorite with bathing beauties and water sports enthusiasts. Party vacationers let off steam around Patong, and those who want to visit the Thai temples travel to Phuket Town. There are also quiet insider tips for mediation and the “journey to yourself.” Of course, everything on the island can also be combined with one another. So we know one thing for sure: it won’t be boring! 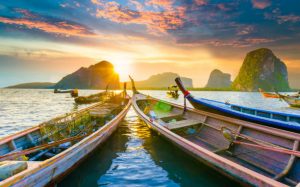 Different places on Phuket show themselves in different clothes – there is the traditionally held Phuket Town as the capital of the island and the very original and contemplative Koh Sirey. You will also be familiar with Patong with its party and bathing scene after your vacation on Phuket at the latest. 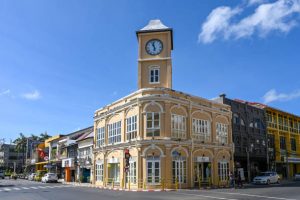 More than 75,000 people live in the island’s main town: Phuket Town. It is a city that impresses with its temples, lively markets, and old buildings from the colonial era. The smell of delicious Thai food wafts around your nose here, because one cookshop after the other is practically lined up. Stroll through the old town with its historical buildings in Phuket Town or enjoy the view of the whole island from one of the many viewpoints. 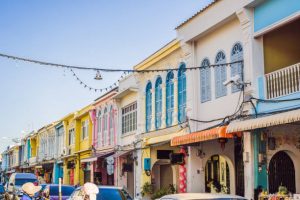 Especially in Phuket Town and in other places on the island, you can immerse yourself deeply in Asian culture. How about a visit to Wat Chalong Temple, which is considered the largest and most visited of its kind on Phuket? Or with a clear view of the imposing Big Buddha, which is known as the island’s landmark? 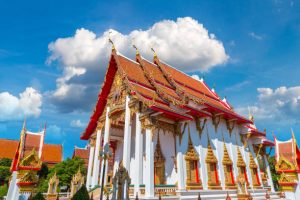 As usual for Thailand, there are also many temples in Phuket. One of them is Wat Chalong, which was dedicated to two monks and had statues of the two. He also has a huge tower, a so-called “Chedi.” If you climb this, you have found an impressive viewpoint on Phuket! 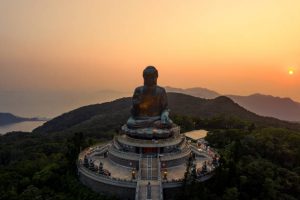 It rises 45 meters high in the middle of Chalong Bay: The Big Buddha, known as the landmark of Phuket. There is also a temple here, which is surrounded by an imposing statue. From the Big Buddha, you can see the picturesque bay at your feet and the sea from an unfamiliar perspective. 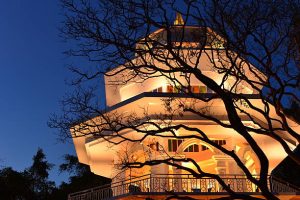 In the northwest of Phuket Town, you can enjoy a breathtaking view across Phuket from the Khao Rang viewpoint to the Big Buddha you have just visited. This not only makes a name for itself because of its panoramic view, but also with the Khao Rang Temple. Many vacationers like to visit the small temple complex with the imposing Buddha statue. There are various statues of temple guards here that are more reminiscent of the Hindu than the Buddhist religion.