Home » Queen Elizabeth has already met Meghan and Harry’s baby: she welcomed her into the family
Previous Next

Queen Elizabeth has already met Meghan and Harry’s baby: she welcomed her into the family

On June 4, 2021, Meghan Markle and Prince Harry expanded their family with the arrival of their beautiful daughter, Lilibet Diana Mountbatten-Windsor.

Unlike her older brother Archie who was born in London and was personally known by the royal family, little Lilibet opened her eyes for the first time in the United States, at the Santa Barbara Cottage Hospital in the state of California, more than 8 thousand miles away from Buckingham Palace.

Since March 2020, Meghan, Harry, and Archie have lived on the other side of the Atlantic, quite oblivious to everything that happens in the United Kingdom, where the royal family continues to exercise its power.

However, neither this remoteness nor their resignation from being active members of royalty nor their controversial interview with Oprah, has caused the royal family to consider them total strangers and completely detach themselves from the events of their lives, and that includes the Queen Isabel. 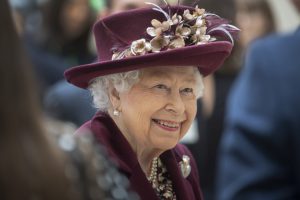 Despite all the drama surrounding Meghan and Harry in recent years, the highest monarch of the United Kingdom remains steadfast in her love for her grandson. One example of this is how she reacted to the birth of her eleventh great-granddaughter.

The official Instagram account of the royal family congratulated the Dukes of Sussex on the birth of Lilibet Diana with a short message in which they expressed that the queen was delighted with the news.

Congratulations to the Duke and Duchess of Sussex on the birth of Lilibet Diana! The Queen, the Prince of Wales, and the Duchess of Cornwall and the Dukes of Cambridge are delighted at the news. Lilibet is Her Majesty’s eleventh great-grandson.”

Beyond the formalities of the official statement, Queen Elizabeth, who will most likely be delighted that her great-granddaughter is named after the affectionate nickname that characterized her as a child ‘Lilibet,’ has already met Harry’s baby girl and Meghan.

Thanks to technology, Queen Elizabeth was able to make a video call and thus finally see Lilibet Diana’s face. During the time that this interaction lasted, the thousands of miles between her and her great-granddaughter vanished. 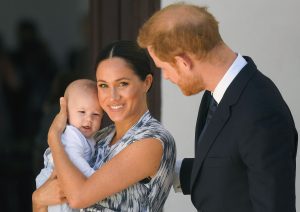 Actually, video calling has been Queen Elizabeth’s way of staying in touch with Harry and his family. In an interview with James Corden, the prince revealed that his grandmother, the queen, and at the time also his grandfather, who sadly passed away on April 9, 2021, so he did not meet Harry’s second daughter, speak by zoom with them. 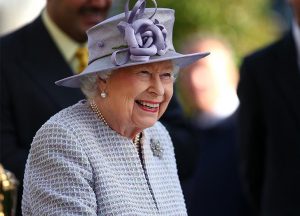 Just as she has watched Archie run and grow, the 95-year-old queen will have the opportunity to witness Lilibet’s growth up close, thanks to video calls.