Home » Steve Rogers is not as good as you remember him: he also murdered people in the MCU
Previous Next

Steve Rogers is not as good as you remember him: he also murdered people in the MCU

John Walker’s hatred increased in the most recent Falcon and The Winter Soldier episode for misusing Captain America’s shield, but Steve Rogers also did terrible things.

The trailer for Falcon and The Winter Soldier has turned Wyatt Russell’s new Captain America John Walker into one of the most hated characters in the Marvel Cinematic Universe (MCU).

Even Bucky and Sam Wilson had to form an alliance with Zemo, one of Steve Roger’s worst enemies, to confront Walker.

In the fourth episode of the miniseries, Russell’s character took a new course by assassinating an enemy with the Captain’s shield after taking the Super Soldier Serum.

The point of the scene and the character development is to show a contrast between the goodness of Steve Rogers and the badness of Walker. 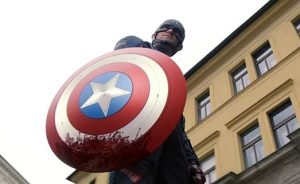 In this way, the original Captain America will be remembered as one of the MCU’s greatest heroes who did nothing but defend his country and the world.

However, in a part of the history of the MCU, Rogers also killed people. Probably not with the same intention as Walker, but he resorted to murder.

After taking the Super Soldier Serum, Steve Rogers was sent into WWII to fight the Nazis.

Rogers killed dozens of soldiers and Hydra members while in the military, used firearms before owning the shield, and knew how to use other tools, such as grenades. 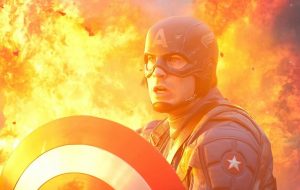 Even as a hero, Steve Rogers continued to slaughter creatures to defend the world, which makes it clear that Captain America does not follow the no-kill rule that some heroes do have.

Therefore, Steve Rogers is also a murderer like John Walker.

The no-kill rule
In the 1950s, comic book publishers created the Comics Code Authority (CCA), a rule that prevented heroes from being directly responsible for any villain’s death.

They did this with the intention of regulating the content of the comics, since a large number of minors consumed them.

Over the years, the Code became flexible, and superheroes were able to kill people for the good of humanity. 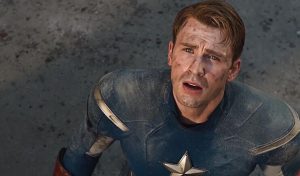 There are some heroes who still respect the no-kill rule, like Batman or Spider-Man, but Captain America is not one of them.

The MCU is not governed by the CCA, as most heroes have killed enemy people or creatures directly or indirectly.

The episode Falcon and The Winter Soldier in which John Walker murders makes it clear that he is not a good wielder of the shield, as Steve Rogers was.

The scene shows the contrasting personalities of those under the Captain America suit, but portrays Steve Rogers as an innocent character who never committed any atrocity.

However, in the past, Rogers also murdered people when he had to to survive, and if he was still a hero, he would probably still do so.

Also, his image in the MCU is that of a well-meaning hero, but there are times in the comics where he did terrible things.