Loki is one of the most loved characters in the MCU. Since his first appearance in Thor (2011), the unpredictable god of deception, masterfully played by Tom Hiddleston, has conquered millions of fans, who have followed his path in this universe and will enjoy all six episodes of his television series on Disney+, which premiered its first chapter on Wednesday, June 9, 2021.

In this series, we will have the opportunity to not only enjoy Loki’s wit, charisma, sarcasm, and black humor while he is a prisoner of the Temporal Variation Authority (TVA), but we will also be able to explore in more depth about him, and a detail that will be treated in this series is its fluid genre.

Since Sunday, June 6, a teaser for the series revealed that Loki is gender fluid, that is, he does not identify with a single gender identity. Fans noticed that on their TVA entrance papers, in the gender box, instead of saying ‘Male,’ as many might have thought, it reads ‘Fluent’ – it is also evident in the first episode. 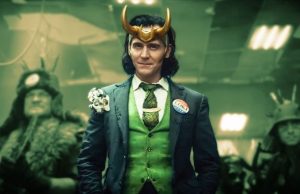 This aspect was not really a surprise to many fans of the character, since both in the comics and the god of Norse mythology on which it is based, Loki’s identity flows according to how he feels comfortable or needs it.

In Norse mythology, one of the most important things about the god of deception is his ability to change shape, so his appearance and gender are constantly changing.

Also, in the comics, his fluid gender has become evident, mainly in Original Sin when Loki appropriates a female form, and his gender fluidity is confirmed by Odin when he reflects on his children and mentions, “My son, my daughter and my son, who is both of them.”

This identity of Loki is also not something new for Tom Hiddleston, who revealed that since he got engaged to this character 10 years ago, he was fully aware of it.

It has always been around in the comics for some time and in the character’s history for hundreds, if not thousands of years. 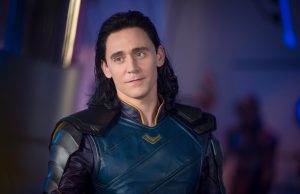 The British actor explained that the series would give the opportunity to further explore this part of Loki. He added that he and the entire team that made the show possible, such as screenwriter Michael Waldron and director Kate Herron, found it important to present that aspect of Loki in the best light.

In addition, during the special premiere that the series had on the night of Tuesday, June 8, the actor stated that he was happy that Loki presented the fluid genre of the god of deception.

I was very happy that we could address that on the show.

For his part, Loki’s screenwriter, Michael Waldron, is proud of the result that we will see in the series and hopes that fans who identify with Loki in this sense can feel represented.

I know that many people identify with Loki in particular and are eager for that representation.