After a long wait, the Loki series came to Disney Plus to show a new stage of the Marvel villain, who was sent to the Temporal Variation Authority (TVA for its acronym in English) for having modified the Sacred Line.

Within chapter one, Thor’s brother has a revelation about the infinity gems that surpasses everything that was known from the MCU. Do you want to know more? Continue reading. 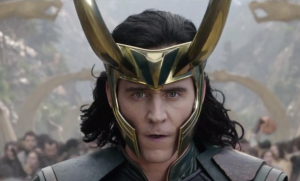 In detail, Miss Minutes, TVA’s emblem character, makes a brief, but very well explained story about the organization and how Loki is considered a “variant” by affecting the timeline at the time he took the Tesseract and escaped from the Avengers.

As he was brought to the offices to answer for his crimes, the fate that awaited him seemed to disintegrate and die. The one who saves him is Mobius M. Mobius, a character who reviews Loki’s things in recent years, trying to understand why he is like this and his life purpose. 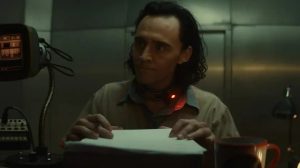 In a sudden moment, he is left alone and manages to remove the device from his neck that prevented him from moving. His first action is to recover the Tesseract, and when the employee Casey gives it to him, he manages to realize that there are many confiscated infinity gems, which suggests that other people have tried to collect them by altering time and failed.

Despite their power, they are useless in the Agency and have no value or importance, which makes them look insignificant in Loki’s new narrative as they are used as paperweights.

Each stone controls part of the universe, but the TVA, when it lies outside the normal rules of time and space, so it is not affected by its powers. So the gems lack impact by not affecting a place that practically floats between the two places.

With this in mind, he changes his mind and stops trying to run away to try to cooperate and learn a little more about TVA, plus he can’t actually go back to the timeline as they had already explained.

Thanos’s glove is nothing compared to the influences of TVA, the command of the Time Keepers, and the soldiers known as Time Keepers, so they put in check the three previous phases of the MCU that were focused on the gems and their « indestructible power.

That makes the TVA the most powerful entity yet and will prove itself as the Loki chapters progress!