Home » Will Paul Walker’s daughter appears in ‘Fast and the Furious’ ?: Vin Diesel spoke about it
Previous Next

Will Paul Walker’s daughter appears in ‘Fast and the Furious’ ?: Vin Diesel spoke about it

In 2001, Vin Diesel and Paul Walker started one of the most successful franchises in cinema with Fast and Furious ( Fast and Furious ), and together they starred in six films of the series without problems until tragedy struck the seventh production with the death of Paul. His absence still hurts, but his legacy in Fast and Furious is still present and maybe further exalted with the participation of his daughter Meadow Walker.

Will Meadow Walker be in ‘The Fast and the Furious? 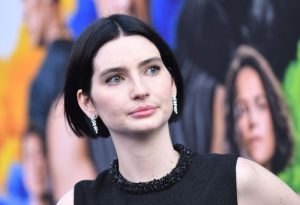 Paul Walker died in a terrible accident on November 30, 2013, before finishing filming Furious 7, the deep pain of his death led the production to take a break of five months to be able to deal with the grief and loss of the actor.

During this time, there was also thought about the future of the franchise without Paul Walker and how the films were going to address his absence. In the end, they decided to keep his character alive but away from the dangerous missions of Dom and his family.

Paul’s brother, Cody Walker, helped finish Paul’s scenes with CGI technology for the seventh film, and with this involvement, the last name Walker said goodbye to the series for a few years. However, it is possible that Meadow, Paul’s daughter, will join the cast and family that her father loved and worked with.

When Paul passed away, Meadow had just turned 15 (he was born on November 4, 1998) and in those moments, really thinking about whether or not he would follow in his father’s footsteps in acting was not a priority.

Currently, Meadow is 22 years old and has forged a career as a model. She is also the founder and president of the organization ‘Paul Walker Foundation’ but has not yet debuted as an actress. However, that may change in upcoming Fast and Furious movies. 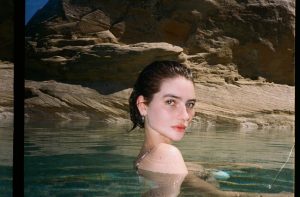 In an interview with E! News, Vin Diesel revealed details about Meadow’s status in the saga and his response, despite being extremely careful, hints at a very possible participation of Meadow in the next Fast and Furious film, the tenth part of the series.

“Without giving you all the secrets of Fast 10. Let’s just say nothing is ruled out”

His response joins a previous statement that Ludacris gave in SiriusXM’s. He explained that Meadow and Paul’s brother are constantly on the Fast and Furious saga set and help Walker’s legacy be incorporated in the best way.

This indicates that Meadow has been an important part of the filmmaking process, even without being in front of the camera. However, as Fast 10 and Fast 11 are crowned as the possibly final chapter of Vin Diesel as Dominic Toretto, there is greater hope that Meadow will be encouraged to be on-screen to finish the legacy that his dad started with Vin.

And you, would you like to see Meadow Walker in Fast and Furious?